Each ml of Safevil injection contains 10 mg of Chlorpheniramine maleate. 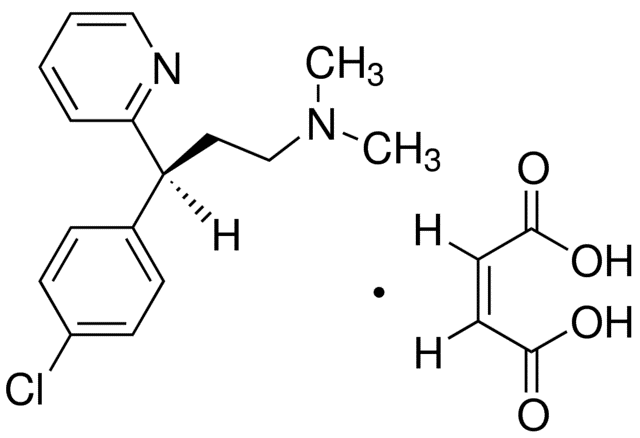 For the treatment of rhinitis, urticaria, allergy, common cold, asthma and hay fever.

Chlorpheniramine binds to the histamine H1 receptor. This blocks the action of endogenous histamine, which subsequently leads to temporary relief of the negative symptoms brought on by histamine.

In allergic reactions an allergen interacts with and cross-links surface IgE antibodies on mast cells and basophils. Once the mast cell-antibody-antigen complex is formed, a complex series of events occurs that eventually leads to cell-degranulation and the release of histamine (and other chemical mediators) from the mast cell or basophil. Once released, histamine can react with local or widespread tissues through histamine receptors. Histamine, acting on H1-receptors, produces pruritis, vasodilatation, hypotension, flushing, headache, tachycardia, and bronchoconstriction. Histamine also increases vascular permeability and potentiates pain. Chlorpheniramine, is a histamine H1 antagonist (or more correctly, an inverse histamine agonist) of the alkylamine class. It competes with histamine for the normal H1-receptor sites on effector cells of the gastrointestinal tract, blood vessels and respiratory tract. It provides effective, temporary relief of sneezing, watery and itchy eyes, and runny nose due to hay fever and other upper respiratory allergies.

Overdoses can cause excitement, seizures, lethargy, coma, anticholinergic effects and death. Consult your veterinarian immediately if you suspect your pet has received an overdose of chlorpheniramine.